Ayush Kejriwal
I have created two blogs to share my passion of food and fashion with you. The idea is not to give you accurate recipes or tell you what to wear but to share my day to day cooking and shopping experiences with you. I hope you will get new ideas from my blog and that you will share your experiences with me. I have always been creative with everything in my life be it food, clothes or career. I like trying new things,and I am always up for trying things once in my life. 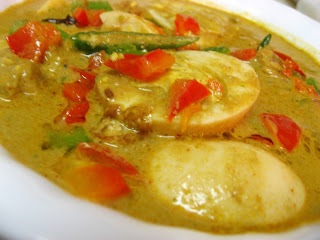 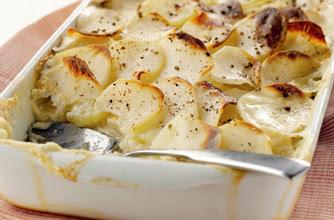 This is one of Gordon Ramsay's recipe and I love it - Was a perfect treat for me last night after the horrendous fall :-)
For this creamy potato dauphinoise gratin, you need to buy a waxy variety that will retain its texture as it absorbs liquid. A traditional gratin is cooked entirely in the oven, but I prefer to simmer the potatoes first in milk on the hob, then finish the dish in the oven. This method cuts the cooking time and gives you a more dependable result. The potatoes should be of a similar size. 600g waxy potatoes (such as Maris Piper)
350ml milk
350ml double cream
1 large garlic clove, sliced
1 thyme sprig
1 bay leaf
90g Gruyère cheese, grated
Sea salt and freshly ground black pepper1 Preheat the oven to 200C, Gas 6. Peel the potatoes thinly, then slice evenly into 1cm slices. Bring the milk and cream to the boil in a large saucepan and add the garlic, herbs and seasoning. Simmer for a couple of minutes.2 Slide the potatoes into the pan and stir gently. Simmer for about 7 minutes until the potato slices are only just tender; they should hold their shape and retain a bite. Drain the par-cooked potatoes in a colander over a bowl to catch the milk.3 Layer the potatoes in a shallow ovenproof dish, sprinkling two thirds of the cheese and seasoning in between the layers. Trickle a little of the saved milk over each layer too.4 Pour a little more of the milk around the sides, but not too much - just enough to moisten. Sprinkle over the last of the cheese.5 Place the dish in a shallow roasting tin and bake for about 10-15 minutes or until the cheese is beginning to bubble and turn golden brown. Allow to stand for 10 minutes before serving.
Posted by Ayush Kejriwal at 05:36 14 comments: 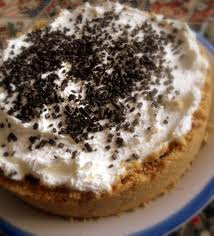 Banoffe Pie - I am not very keen on fruits but bananas are manageable (only in a pie). I had found this recipe on the internet ages ago but had never had a chance to try it - so yesterday to cheer myself up after being miserable in the snow for the last few days I gave it a shot and my my it was delicious. I have already scoffed off more than half of it!!!
Posted by Ayush Kejriwal at 03:58 13 comments: